Speeches That Will Make You Laugh, Cry and Change Your Perspective on Life 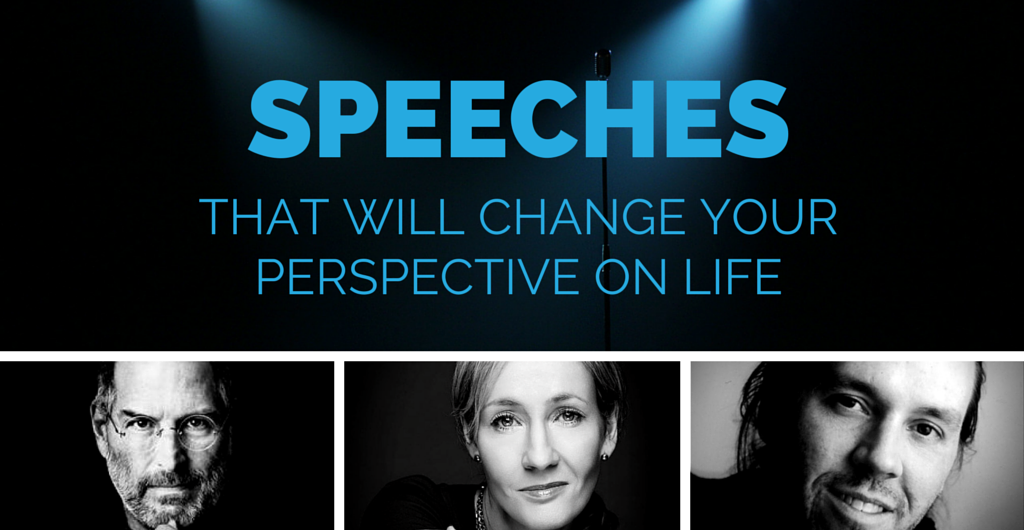 Commencement speeches can sometimes be sappy and pedantic, full of moralizing cliches that leave audiences unchanged and uninspired.

Other times, however, they weave a message so perfectly that they strike a chord with almost every listener.

Whether or not you're a recent graduate, studying well-executed commencement speeches can give you invaluable insight into becoming a more influential speaker and presenter.

Not only is this art form more popular now than ever thanks to YouTube, it also provides a glimpse into new and innovative storytelling techniques.

To aid you on your journey to conquering the world with your rhetorical skills, we've provided a hand-picked list of some of the best commencement speeches of the 21st century, so far.

Here they are, in no particular order:

It comes to no surprise that the iconic founder of Apple gave one of the most memorable commencement speeches ever given at Stanford University in 2005.

By resorting to the technique of telling three powerful stories from his personal life, Jobs provides words of wisdom incisive enough to impress even the most disinterested listener.

From dropping out of college to getting fired from Apple to being diagnosed with pancreatic cancer, Jobs recounts some of the most important events of his life and ends with the advice that one should live each day as if it were the last.

"Remembering that I'll be dead soon is the most important tool I've ever encountered to help me make the big choices in life. Because almost everything — all external expectations, all pride, all fear of embarrassment or failure — these things just fall away in the face of death, leaving only what is truly important. Remembering that you are going to die is the best way I know to avoid the trap of thinking you have something to lose. You are already naked. There is no reason not to follow your heart."

A master of weaving imaginative worlds, this best-selling "Harry Potter" series author surprises her audience by focusing her speech on the harsh realities of her own life..

Rowling takes listeners through the story of how she chose to follow her passion for writing, despite her parents' admonitions, and then--like a good novelist--provides an unexpected turn of events by recounting how all her parents' fears came true.

Instead of telling her audience how she became a best-selling author because she followed her dreams, she tells them how she reached the lowest point of her life as a single mother on the brink of homelessness.

"The knowledge that you have emerged wiser and stronger from setbacks means that you are, ever after, secure in your ability to survive. You will never truly know yourself, or the strength of your relationships, until both have been tested by adversity. Such knowledge is a true gift, for all that it is painfully won, and it has been worth more than any qualification I ever earned."

Best known for her work as creator, director and producer of the TV series Grey's Anatomy, Rhimes provides a perfect example of how humor combined with straight talking and raw humanity can make an audience laugh, cry and change their perspective on life--all in one sitting.

By giving her speech in a casual, conversational tone--full of references to hashtags, binge watching and even poop--Rhimes shows that she knows her twenty-something audience well and how to keep them listening from beginning to end.

She also expertly applies the technique of capturing her listeners' attention by challenging widely held beliefs, such as the familiar advice that you should "dream big."

"Ditch the dream and be a doer, not a dreamer. Maybe you know exactly what it is you dream of being, or maybe you're paralyzed because you have no idea what your passion is. The truth is, it doesn't matter. You don't have to know. You just have to keep moving forward. You just have to keep doing something, seizing the next opportunity, staying open to trying something new. It doesn't have to fit your vision of the perfect job or the perfect life. Perfect is boring and dreams are not real. Just ... do."

A renowned novelist and essayist, Saunders hits just the right tone by crafting a speech that is both amusing and deeply moving at the same time.

Always careful to avoid sanctimonious finger-wagging, Saunders adds the perfect amount of humor to his speech, which is at turns enlightening, crude, earnest and profound.

With this perfect balance of ingredients tailored to a young audience, Saunders masterfully gets his message across of the need to cure ourselves of the disease of selfishness--and "err in the direction of kindness."

"'Succeeding,' whatever that might mean to you, is hard, and the need to do so constantly renews itself (success is like a mountain that keeps growing ahead of you as you hike it), and there’s the very real danger that “succeeding” will take up your whole life, while the big questions go untended.... There’s a confusion in each of us, a sickness, really: selfishness. But there’s also a cure. So be a good and proactive and even somewhat desperate patient on your own behalf — seek out the most efficacious anti-selfishness medicines, energetically, for the rest of your life."

An accomplished surgeon, writer and activist, Gawande takes his audience along an uncommon path in this commencement speech.

Instead of resorting to trite exhortations on taking risks, Gawande talks about what happens after they are taken. When failure ensues--which is inevitable, he says--it is necessary to learn how to admit mistakes and learn how to handle them so that they don't remain failures.

He illustrates his point by telling the story of a woman who had a very uncommon complication following neck surgery and how a surgeon's willingness to admit mistakes and quickly find a solution were the keys to turning a potentially fatal case into a success story.

"So you will take risks, and you will have failures. But it’s what happens afterwards that is defining. A failure often does not have to be a failure at all. However, you have to be ready for it—Will you admit when things go wrong? Will you take steps to set them right?—because the difference between triumph and defeat, you’ll find, isn’t about willingness to take risks. It’s about mastery of rescue."

An award-winning novelist, Wallace enlightens and intrigues his audience with this speech full of existential musings and challenges to preconceived notions.

By likening the “banal platitudes” of life to the water surrounding fish in the sea—something they are not aware of and take for granted—Wallace urges listeners to question their own views and beliefs.

Although at times dismal, this speech is also refreshing in the way it forces its audience to appreciate the small things in life, as trivial and unimportant as they may seem.

Beginning and ending with the same metaphor of fish in the water, Wallace applies an age-old technique of storytelling that is always effective when used to clarify a difficult concept.

"If you're automatically sure that you know what reality is and who and what is really important -- if you want to operate on your default-setting -- then you, like me, will not consider possibilities that aren't pointless and annoying. But if you've really learned how to think, how to pay attention, then you will know you have other options. It will actually be within your power to experience a crowded, loud, slow, consumer-hell-type situation as not only meaningful but sacred, on fire with the same force that lit the stars -- compassion, love, the sub-surface unity of all things." 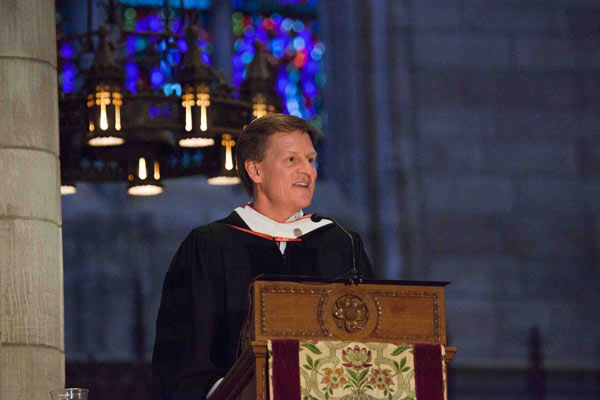 An award-winning psychology professor, Lewis gives an exceptional speech that is memorable both for its content and style.

By telling three distinct and vivid stories that are in the end woven together to communicate a clear message, Lewis successfully captures his audience's attention and steers clear of the vague and abstract generalities that are characteristic of these types of addresses.

The key to the effectiveness of this speech is not only the way it is told, but also what it is told. The stories selected--including a very amusing personal tale that seems almost improbable for its uniqueness--send a very pertinent message to the audience: Success doesn't have a single definition; it simply means doing what makes you proud of yourself.

"There are times when you are going to do well, and times when you're going to fail. But neither the doing well, nor the failure is the measure of success. The measure of success is what you think about what you've done. Let me put that another way: The way to be happy is to like yourself and the way to like yourself is to do only things that make you proud."

Did you find this post interesting or useful? We would love to hear your opinions, suggestions and storytelling experiences in the comments section below. 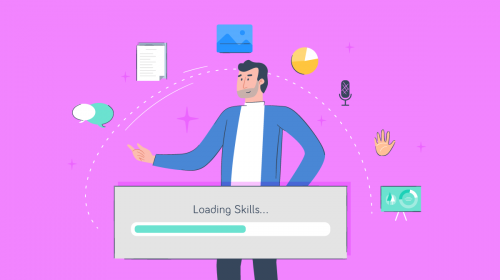 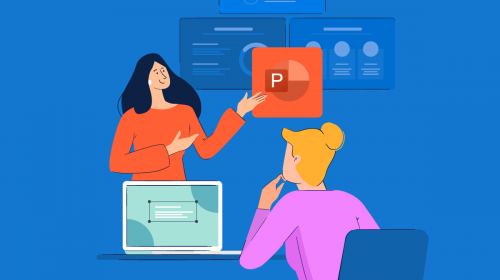 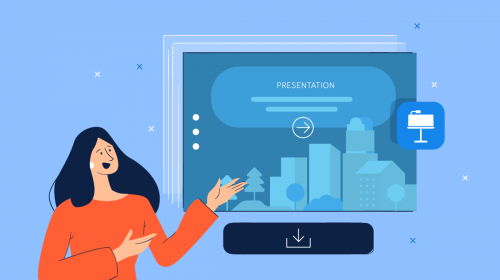 One response to “Speeches That Will Make You Laugh, Cry and Change Your Perspective on Life”